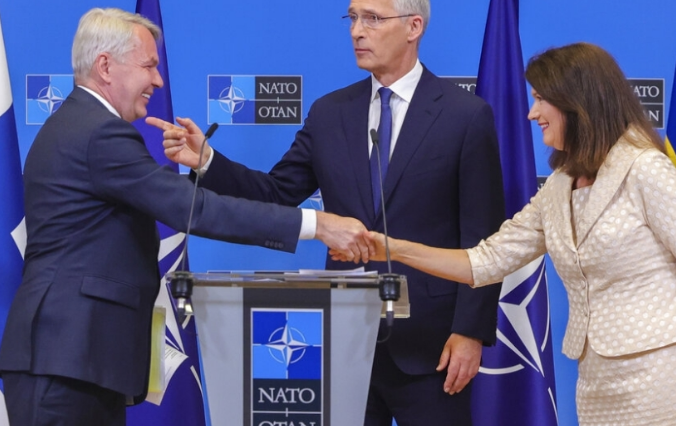 The US Senate has voted overwhelmingly in favor of Sweden and Finland joining the North Atlantic Treaty Organization, making America the 23rd state of its 30 member countries to support their inclusion. It is the most significant NATO membership since the 1990s and comes amid the war in Europe.

On Wednesday, the 100-member Senate voted 95 to 1 in favor of the accession of the Nordic nations. France and Italy signaled their support this week. American President Joe Biden has said that the voting, which he termed historic, will send a strong and vital signal of the bipartisan commitment of America to the alliance. He said that the ratification of NATO membership for the two nations will ensure that the alliance is ready to meet future challenges.

The quick ratification of NATO membership for the two countries was hailed by President Biden, as the fastest after 1981. Both Democratic and Republican senators strongly endorsed the membership and described the two nations as key allies whose armies were already in close cooperation with the alliance.

The Foreign Relations Committee chairman, Sen. Bob Menendez, said that the ratification of NATO membership for the two democratic and prosperous nations was an outstanding step and will strengthen the alliance. He was speaking for support before the Senate vote.

Republican Senator Josh Hawley was the sole opponent of the move and maintained that the US should concentrate more on China than Europe. Chuck Schumer, the Senate leader, said that the move to ratify NATO membership for the two nations was a signal of Western unity following the war in Europe. He said that the US or Europe cannot be intimated.

Cardano Comes Across As A Global Top-Performing Blockchain

SpaceX Takes Off For 5th Time: 4 Astronauts Aboard