SNL is one of the most iconic shows of all time. The show is one of the longest-running television shows in the recent past. Saturday Night Live has had forty-seven seasons so far. Over nine hundred episodes have been aired to date. The show features individuals from different genres. Artists, Comedians & Actors act out current topics in a funny way.

NBC has made quite a name after they started airing Saturday Night. However, recent reviews have not been pleasant for the show. Most of the critics complain about the lack of a strong act. They say that the show is way past its prime days. The show often gets criticized for its poor choice of topics. Thus, it is quite a big deal when one particular episode is being praised.

A recent episode of SNL has attracted the attention of many. Audiences and analysts were quick to point out its positive side. They instantly praised the presentation and the episode became a hit within minutes.

SNL: Critics Shower Love After A While

The production team of SNL seems to be very happy at the moment. The most recent episode has been termed as an instant classic. Positive reviews have flooded, referring to the segment as punchy. A lot of people also found the episode to be provocative. The likes of Sean McCarthy from Decider were all praises for SNL.

The portrayal of Donald Trump by Cecily Strong was the highlight of the show. Strong seemed to have nailed the impersonation of Trump. His commentary on politics was on the point and mesmerized the audience. Brian Lowry from CNN felt that Strong’s performance was the most noteworthy segment. Brian also predicted that the SNL episode would be remembered for a long time in the future.

President of Nigeria urged to declare state of emergency

Bed Bath & Beyond Shares Bolt Higher Even After Rating Decline 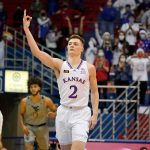