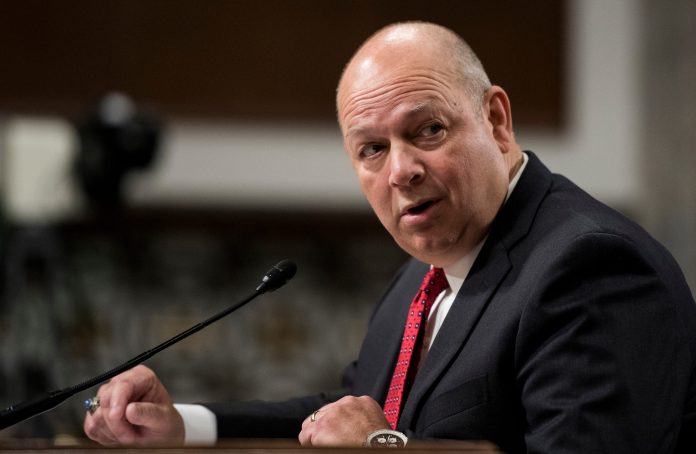 Steve Dickson, the Federal Aviation Administration administrator, announced his retirement late Wednesday, citing a desire to be closer to his family.

Dickson, a former Delta Air Lines pilot and executive who graduated from the Air Force Academy, was halfway through a difficult five-year stint as head of the agency. The resignation is to take effect on March 31. He was chosen by President Donald Trump in 2019 and took over the FAA when the agency was staggered by the disasters of two new but faulty Boeing 737 Max planes that the agency’s technical experts had certified as safe.

Steve Dickson was tasked with restoring public trust in the agency and rebuilding the agency’s relationship with Boeing as it sought to assure the planes’ safety following their worldwide grounding.

The end of that project coincided with a pandemic that disrupted air travel as well as measures to stop a surge of disruptive conduct on aircraft. Dickson has been instrumental in shaping the response to the debut of 5G wireless networks in recent months.

Steve Dickson’s replacement will be in charge of finishing the agency’s safety revamp and resolving 5G difficulties. Rep. Peter DeFazio (D-Ore.), chairman of the House Transportation Committee and a vocal critic of the FAA in recent years, believes the agency’s next administrator should be able to finish the job that has been left unfinished.

Steve Dickson’s most recent challenge came just as Verizon and AT&T were getting ready to launch their high-speed 5G wireless networks.

The system employs frequencies that are similar to those used by a safety device on commercial jets, prompting the FAA to warn that interference might be harmful, despite the telecom firms’ preparations to start.

After the White House secured a last-minute arrangement with telecom carriers to put protections in place near airports, the deployment went off without a hitch. Dickson confessed to a Senate committee earlier this month that he did not serve anyone well.

Panama Draws With Mexico In An Intense Batlle, Score Settles At 1-1