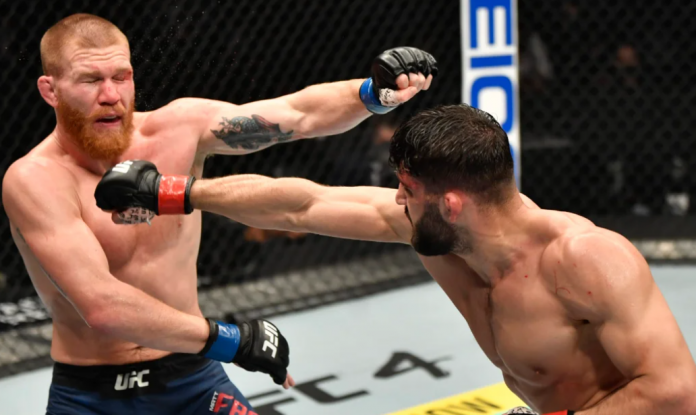 UFC Fight Night ended with fireworks as Anthony Smith beat Ryan Spann with a submission. The event was held at the Apex facility in Las Vegas on Saturday.

The early difference was made by Smith as his strikes were on point before he won by means of submission. Spann did his best to outmuscle Smith by grappling but was floored as soon as he got some daylight.

Spann was rocked and Smith took the chance to work on the floor. He locked him in the rear-naked choked and forced the tap-out.

After UFC Fight Night, everything got tense as Smith passed some words for Spann. The two fighters later embraced and squashed the beef between them.

This win was Smith’s third consecutive one inside the Octagon, which included 2 submission victories. He keeps on being a hurdle for prospects but might get a fighter who is better than him in the next bout as he called out Aleksandar Rakic.

It was a thrilling UFC Fight Night and fans saw plenty of finishes on the main card.

Federal Stimulus Checks Could Still Get You Thousands Of Dollars: Over 9 Million Letters...