The USWNT failed to win the gold medal for the second time in a row at the Olympics. The team lost to Canada after giving away a penalty at the 75th minute. The USWNT was defeated 1-0 on the Monday semifinals. This marked the team lose all hopes of winning gold this time, but would still be competing for bronze. The goal was scored by Jessie Flemming for Canada.

The first half of the semi-finals was choppy gameplay from both teams. The physicality of the sport was shown in both USWNT and Canada. While the USWNT made attempts to establish their footing in the game, Canada disrupted their midfield. This made Lindsey Horan frustrated and Julie Ertz isolated at times.

The first 15 minutes although slow and sloppy, Canada made their presence felt in the match soon after pinning down team USA.

A drastic moment took place in the game during the 20th minute when Alyssa Naeher made a play for the ball inside the box, and injured herself, ending up getting substituted by Adrianna Franch.

After the injury took place, the extent of it was not confirmed, but it was established that Alyssa would not be able to play for the USWNT in the match anymore. Following that there were no changes and the first half came to a close with a nil scoreline.

The USWNT was quite active during the initial fifteen minutes without making any changes, and the hour mark also marked their first attempt on goal. Tables turned at the 75th minute after the VAR confirmed a foul between Deanne Rose, a substitute from Canada, and Tierna Davidson, the center back from the USA. It resulted in a penalty which changed the outcome of the match. Although the goalie, Franch, made the correct guess, the shot was converted.

Allyson Felix Finishes Her Last 4x400m Race With A Bronze

Covid Plan Of Joe Biden Has Been Explained 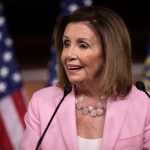 Even as Nancy Pelosi vowed not to back down on the Taiwan visit, China has warned that it will react forcefully if the US...

Is this stock is Attractive? Palantir Technologies (PLTR)

Palantir Technologies (PLTR) acknowledged active focus on shares in the last trading session.The stock disclosed a change of 2.32% and its...

Are You looking For Hot Stock? Humanigen, (HGEN)

Humanigen, (HGEN) observed an average volume with 5949.05K shares and exchanged 6598227 shares on hands in most recent trading session. ...