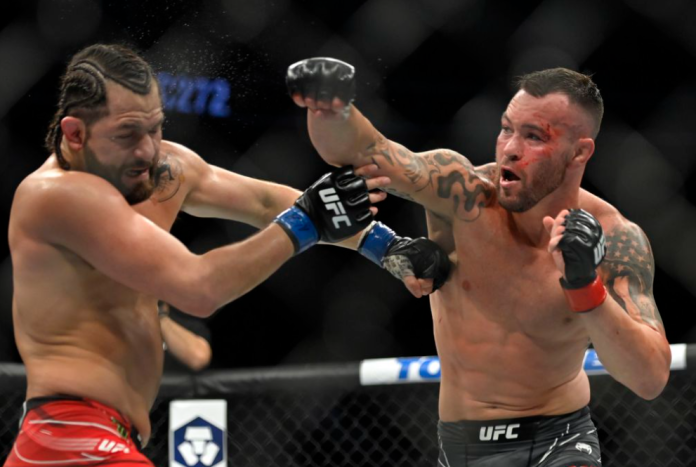 Maryna Moroz, the UFC fighter from Ukraine, won UFC 272 after having a very difficult journey throughout the tournament. Though her return to the octagon was not easy, still she managed to become victorious.

Moroz won the match against Mariya Agapova by dominant submission and won the UFC 272 that was held in Las Vegas. Her scores were 11-3 MMA, 6-3 UFC, and 10-3 MMA, 2-2 UFC, and in the end, she used an arm-triangle choke to tackle her opponent.

Moroz is a resident of Vilnohirsk, a part of Ukraine, and in her winning moment, she gave a very emotional speech. She shared her tough journey where she faced a lot of difficulties while training for UFC 272 amidst the war situation between Russia and Ukraine. The thirty-year-old athlete expressed her serious concerns for her parents and other family members who are in Ukraine right now.

Moroz also expressed that her father is a part of the military troops of Ukraine and is helping them out by manufacturing home grenades. After her fight with Joe Rogan, she gave an emotional interview that moved all her fans and millions of other spectators.

She thanked everyone who messaged her and kept her motivated during this hard time when her country is fighting with Russia. She has been worried about her family back there and cried a lot for the unfortunate deaths of civilians and soldiers in the war. She could not focus well in her training as her mind was always distracted by the news of the war in Ukraine. However, she emerged victorious in the game and thanked everyone for their love and support.

After this match in UFC 272, she has won back-to-back three fights and has been undefeated since she moved her category to 125 pounds. She was defeated last time in a match with Angela

Tottenham Vs Liverpool: Liverpool Is Back To The League With 3-1 Win