Home Entertainment Wu-Tang: An American Saga Has Premiered Its Season 2

There is nothing more difficult than separating fact from fiction when dealing with Hulu’s autobiographical rap drama Wu-Tang: An American Saga. Yet, if there were any shred of truth about RZA moving through the courts after he saw a Kenny Loggins album in the crate of rapper and producer, it simply proves that Wu-Tang was just a bunch of jerks.

Needless to say, this mind-boggling story is just one of the many compelling tales that will come out in season 2 of the series which was turned in on Wednesday by Hulu. It is also in this episode when fans learn about Bobby Diggs requiring a good lawyer after he ended up shooting a romantic rival in self-defense.

The story of Wu-Tang doesn’t end here- in fact, it simply begins here. Bobby Diggs, who later turned out to be RZA, apparently had a face that simply highlighted his desperation and disgust towards the rest of humanity. Rightfully so, since his street enemies found ways of hurting him where it hurt most.

Yet, the story takes a turn when he finds himself in jail awaiting trial, where he starts being more introspective. The show also highlights his boy Dennis, who later became Ghostface Killah- who fought for his life too, after being shot in the neck.

The bloodshed soon led to the creation of the Wu-Tang, for Bobby came to court and provided a very transparent account of what had actually happened. And since the story was essentially about a rap group, Bobby recalled the entire event in rap form. But a question arises- would Bobby still be RZA if he spent his time in prison?

Yet, this is the true point of the series– to highlight how close the members of the Wu-Tang came to not realizing their dreams. While the stories may be real or exaggerated, it doesn’t hide the struggles of all the rappers that formed this clan. Unsurprisingly, this would allow for far greater appreciation from the fans of the TV show and the Rap group.

Meghan Markle: ‘I Gave Up My Entire Life for the Royal Family. It’s Very...

Prince Andrew has left Princess Beatrice wishing she could ‘take off to Italy’ for... 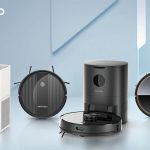