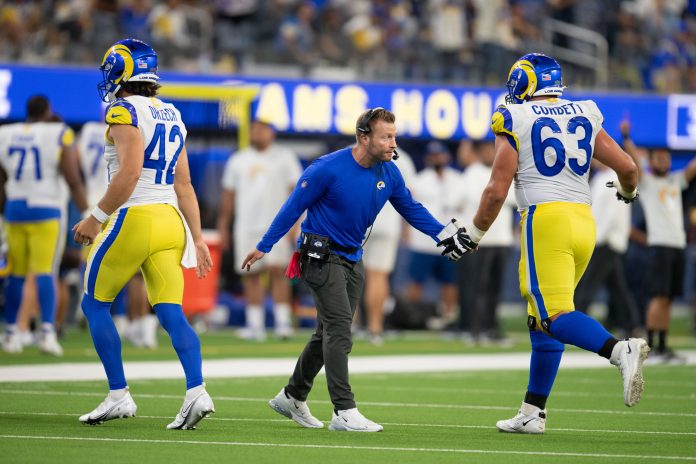 Home dogs are in serious trouble if Thursday night’s opening indicates how Week 1 will proceed. To start the 2022 NFL week 1, Buffalo thrashed the Rams in front of everyone, showing off their road chalk skills. Since there is so much uncertainty and numerous teams are traveling as favorites, I am more likely to anticipate a little more upheaval than Thursday’s prediction.

I’m picking a Super Bowl game between two road favorites from Week 1. This year, the first-ever bird matchup* in a Super Bowl is my selection: Ravens vs. Eagles.

People are underestimating Baltimore this year when they have a healthier squad and a motivated Lamar Jackson. This club will be back in the chase for the top seed under John Harbaugh.

People are against Jalen Hurts’ ability to leap forward for the Eagles. He is only 24 years old, but because of how long he has spent in the public eye, it seems like he is closer to 30. With the addition of A.J. Reed, Philadelphia’s offensive and defensive lines have significantly improved.

Joe Flacco’s vengeance match! We did not anticipate this when we began preparing for the 2022 season. He might be a better option than Zach Wilson for this first game against Flacco’s former team in NFL Week 1. Baltimore had a strong Week 1 run up to 2021. The Ravens have a +119 point difference in opening weeks since 2018, despite the overtime loss to the Raiders last year. I believe that Lamar Jackson’s unsigned contract is beneficial to the Ravens. They essentially challenged him to make a Flacco-style wager on himself. If Baltimore plays as it did in NFL Week 1, add in Duane Brown’s absence at left tackle, and things may get nasty for the Jets.

Delaware To Send Rebate Stimulus Checks In Multiple Phases In The Coming Year: $300...

Why Was NJ the Only State With Online Casino Revenue Drop In August?