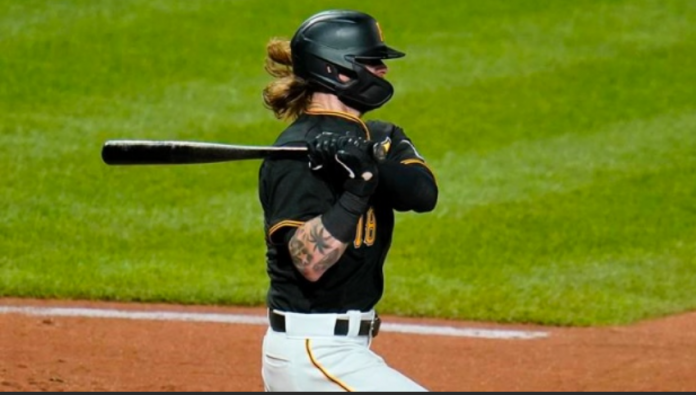 Ben Gamel is quite likable. He is a left-handed hitter and makes decent contact with the ball. He might not be a burner but he can run well enough. The only thing that makes him stand out is the effort that he puts in a game.

Ben Gamel’s father owns a construction business for the last 40 years and still works at the same place now.

Ben Gamel and his brother, Mat, worked at Gamel Construction, and that he where he learnt how to earn an honest living. The lessons that he learnt there have moved on to his baseball career.

Ben Gamel Does His Best In The Game Against the Tigers

Ben did everything he could to help the Pirates win 3-2 on Tuesday. It was their second win over them at the PNC Park. Between a catch where he bounced off the outfield wall and three hits, including a go-ahead, two-run single in the sixth, Ben Gamel did it all.

The funnier thing in this story is that Ben’s father, Frank tells him to cool off and not barge into immovable objects such as the wall, but Ben rarely listens.

As much as Ben produced against the Tigers, the focus here was much bigger. The Pirates are trying to build something from the ground up, and Gamel has been playing an important role in its construction.

The catch at Wrigley Field, full extension and shredding his flesh on the warning track, was watched by all the opposing teams and they wanted the same action too.

Ben Gamel sets an example for everyone around him on how to play the right game. Pirates players of all ages can and should take note of his effort.

Some Republicans joked about the ‘Rust’ shooting. Tapper brings the receipts

Gabriel Jesus scored a late goal as Manchester City came from behind to beat PSG, 2-1, in the Champions League on Wednesday, with both...

Encanto Is Here To Make Everyone Sing

Encanto, the animated musical with a Colombian set, would be the latest Disney production to embrace the theatrical window over Thanksgiving. The film has...

Grammy Nominations 2022: What Should We Expect?

The Grammy Nominations 2022 would certainly be a mirror, judging how the mainstream music industry would be seeing itself this year. As it goes,...

Gonzaga Basketball Team May Have No Rivals

When Gonzaga basketball team's Chet Holmgren swatted the ball off the backboard and shot off towards the basket, everyone knew it was over. After...

This is Trump’s greatest trick

Former President Donald Trump maintains strong support among Republicans even though the party suffered significant losses in both the House and Senate during his...