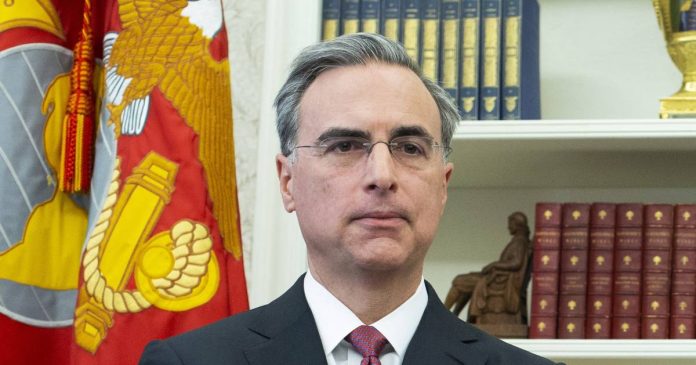 Pat Cipollone, the former Counsel at the White House to former President Trump, had a long meeting with the January 6 Committee.

The grueling 8-hour meeting produced fresh information that will be revealed in future open hearings, according to one lawmaker attending the committee meeting. Cipollone was subpoenaed for this testimony.

Pat Cipollone is a much sought-after character after he asserted that he attempted to prevent the former president from disputing the results. He also said that he bid to stop Trump from being part of the mob that had attacked the Capitol.

Democratic Representative Zoe Lofgren said that Pat Cipollone also did not refute the testimony presented by other witnesses. But he also made clear that not challenging would not amount to confirming any evidence. In several cases, the former lawyer in the White House said that he had no recollection of particular events or statements, or he outright denied that he was present during a particular incident.

Lofgren said that while he was open with the Select Committee, he chose his answers with care. But he said that they learned a few things from the questioning of Pat Cipollone, and they would discuss that in future hearings.

Pat Cipollone’s role in the January 6 riots came to light during an unexpected committee meeting last week. Then Cassidy Hutchinson, another former aide at the White House, asserted that he tried to stop the disgraced former president from being part of the mob.

In a stunning revelation, Hutchinson said that Cipollone warned that Trump would face every crime imaginable if he so much as visited the scene of the riots at the Capitol.

Pat Cipollone reportedly urged Hutchinson to persuade Mark Meadows, the chief of staff, and her boss to prevent Trump from joining the rioting mob.

Trump lost his temper when he was ultimately prevented by his security detail from joining the rioting mob.

Biggest Round Of State Stimulus Check To Begin In October

6 Qualities Electric Companies Must Have To Gain More Clients