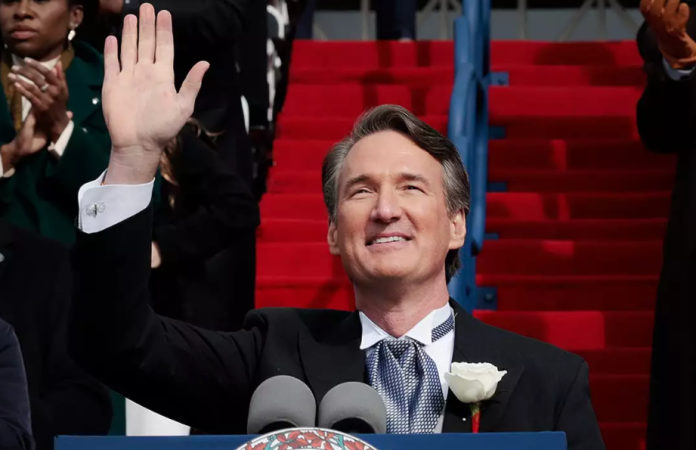 17-year-old Ethan Lynne was attacked by Glenn Youngkin after he was critical of the Republican Governor of Virginia. Youngkin was blamed for creating a toxic culture in his initial period in office. Campaign aides went after the high-school student, posting his picture and naming the boy merely for posting news of the Republican.

Ethan Lynne had on Saturday posted a news story suggesting that Glenn Youngkin was trying to prevent the highlighting of the account of slaves at the Executive Mansion.

The article highlighted Youngkin’s conversion of a classroom in the executive mansion into a family room. It was used to educate on links the building had with slavery.

Glenn Youngkin’s campaign managers responded virulently and posted pictures of Ethan Lynne with Ralph Northam, the former Democratic governor, and another picture from his yearbook from medical school which depicted two men in costumes with racist overtones. One of them is in a Klan costume and the other is in Blackface.

Glenn Youngkin’s team tweeted that it was a picture of Lynne along with two men who wore costumes that had racial overtones in his yearbook. Northam had said in 2019 that he was present in the picture in his yearbook. He later withdrew the statement.

Ben Paviour, whose story Lynne shared, tweeted that Glenn Youngkin’s campaign account had attacked the Hanover County high school student for sharing the story. He asked Youngkin’s campaign for an explanation, but they have not contacted him or Lynne.

Glenn Youngkin’s team deleted the account after the outrage spread. Lynne said that the post was up for more than 12 hours and said that the attack was a new low for the Governor. He stated that he received no communication or apology.

Glenn Youngkin said that the tweet was an unauthorized one from his campaign account. He regretted the incident. He said that he would carry on working to unite the residents of Virginia and said that there was more that united than divided the people of the state.

Lynne said that Glenn Youngkin had merely acknowledged the incident and offered no apology. He hoped that the Governor would take time off to be aware of the toxic culture he had created in his brief period in the office.

Economy And Hospitality: What Is Hotel Rate Parity (HRP) And Why Does It Matter