Ex-police officer Jared Schmeck has informed authorities that he has been receiving threats. The father of four claims that he did not mean any disrespect to president Joe Biden.

On December 24, Jared Schmeck had been chosen to speak with President Joe Biden overcall. He jokingly said that he supports Brandon. Ever since the call he has reported multiple threats. Jared Schmeck, aged 35, claimed that he was being threatened for using his freedom. After the call was aired on Christmas eve, the former Medford policeman has been receiving threatening calls.

The phrase ‘Let’s go Brandon’ has been used to mock the President by his critics. Jared Schmeck explained that he has no hard feelings towards the President. Although he does believe that the President can do better.

Jared expressed his frustrations through a simple joke. He believes that Joe Biden is a nice person and he loves him like a brother. He is frustrated over his belief that Joe Biden can do a better job. He did not mean to disrespect the President.

On-call, Schmeck told the President that his son had the same name as the President’s son, Hunter. They chatted and joked around for a bit before ending the call. That is when Jared expressed his frustrations with Biden and cut the call. Despite him being frustrated with Biden, he does not support former president Donald Trump at all. He claims that he is Jesus Christ’s follower and a free-thinking resident of America.

Whether Jared Schmeck has filed the threats remains a mystery. He has not addressed it yet. In 2018, Jared quit the Medford force. He refused to give the true reason.

What Are The Benefits Of Using Translation Services For Your Business? 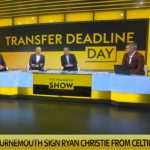 The transfer deadline day has been massive and we have gathered some of the top moves that you will make it or break it... 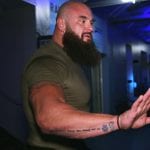 The WWE action has moved to the UK and Cardiff has become the center stage for the Clash at the Castle, scheduled to take...

Dolly Parton's latest business venture is going to the dogs. Dolly Parton Announces Doggy Parton The superstar singer, actress and author has announced the launch of... 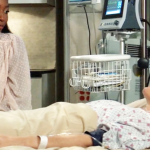 Who among us General Hospital fans really believed that we’d seen the last of Chloe Lanier’s Nelle? Nobody? Yeah, that’s what we thought. And...