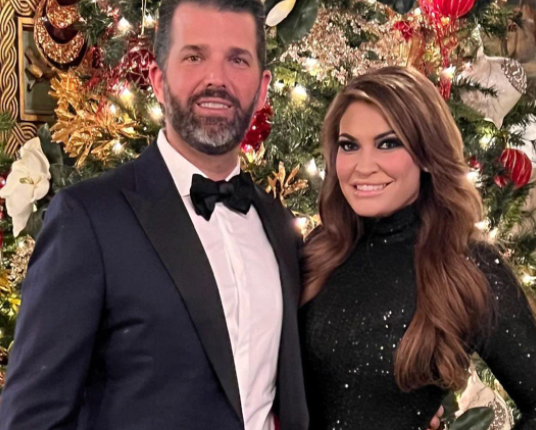 A source revealed that Kimberly and Donald were hitched on New Year Eve last year. The day also happens to be Trump Jr.’s birthday. They have been with each other for 4 years and were friends for the past 15 years. They managed to keep it private as they moved in Florida from NYC.

The couple has 6 kids between them but have remained focused on their work and so are not in a hurry to get hitched so soon.

It is also apparent that Trump Jr. is not in the mood to go for a wedding. The former advisor of the White House and Ivanka, his sister, have just been subpoenaed by Letitia James, the Attorney General of New York. The AG has demanded their testimony as part of an ongoing inquiry into the business practices of the Trump Organization.

Things aren’t expected to change much for Kimberly Guilfoyle and Donald Trump Jr. when they eventually marry. They already have a $9.7M 6-bedroom home in the distinguished country living club of Admiral’s Cove in Jupiter in Florida with top-class facilities, even having its marinas.

Kimberly Guilfoyle And Trump Jr. Expected To Marry At Mar-A-Lago

It is expected that they will swap vows at the former President’s Mar-A-Lago, the national historic landmark, and resort. Trump Jr., and Guilfoyle, rang in 2022 at this resort.

Though neither Kimberly Guilfoyle nor Donald Trump has confirmed their engagement, the former journalist at Fox wrote about Trump on Instagram and described him as courageous, smart, strong, and funny. She called him the love of her life and said that she couldn’t wait to devote the remaining part of their life together. Guilfoyle was married twice before, and one of her ex-husbands is Democratic California Governor Gavin Newsom. Donald was earlier married to Vanessa Trump and split in 2018.

If Amazon stock breaks out, it is going to be bullish: Strategist Matt Maley