The Education Department of the United States of America made an announcement concerning the appointment of the chief operating officer of the student aid of the federal. The one to take over the post is Richard Cordray. The announcement came this Monday. The office of the operating officer is a high-profile one. As of now, the officer will now be looking over the loan programs and financial assistance of the government concerning the students.

Richard Cordray Will Have To Face A Challenge

With the appointment of Richard Cordray, he will now find himself between one of the most heated debates. It is with regard to the issue of student debt. There has been no solution reached until now concerning if the student debt must be canceled by the federal government or not.

The administration of President Joe Biden has faced a lot of pressure from the lawmakers of the Democratic party as to the cancellation of the student debt. Following this, the President too has indicated his willingness to do so but he has proposed a lower amount. According to him, the legislation must be made by the US Congress. This is one of the issues that the newly appointed Richard Cordray will have to deal with.

The 62-year-old chief operating officer is quite close to Elizabeth Warren, the Democratic Senator from Massachusetts. The senator is one of the advocates who wants to cancel the student loan that amounts to 50,000 USD. The Massachusetts Senator was a major character in creating the Bureau of Consumer Financial Protection. This was during the presidency of Barack Obama. Richard Cordray had been the director of the agency.

Elizabeth Warren gave a statement following the appointment of Cordray. It was stated that the new chief operating officer will undoubtedly lead the fight for the protection of students from debt. And this will be done by his expertise and fearlessness.

Will Forte Returns To SNL After 12 Years 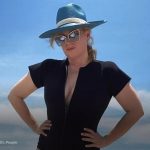