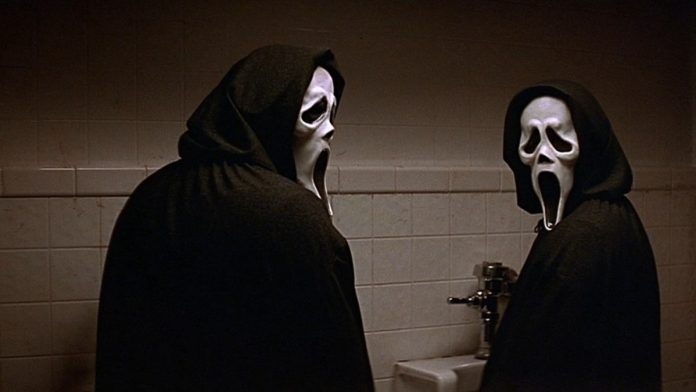 Scream is a film that falls in between a reboot and a sequel (or a requel). It is not exactly a reboot because it takes place in the same chronology as the original franchise, and it is not quite a sequel because it focuses on a new generation of characters, but the old guard remains.

Many Ghostface imitators have emerged in the quarter-century after Billy Loomis and Stu Macher slaughtered their classmates, and another is spreading havoc in Woodsboro.

And whoever is behind the mask is after those who were involved in the first murders.

For Scream, the 18-34 age group is the target audience. Even though movie theatres in Quebec and Ontario are closed, the film will be released in the Great White North and will ultimately be distributed in those provinces whenever they reopen.

Scream cranks up the meta-ness to 11 and manages to be both brilliant and tiresome at the same time. However, just because you point out that something is derivative does not exempt you from the same charge.

It is a clever parody of horror films and fan culture, but it does not make your heart race. It is mucking about with genre clichés to the point that it forgets to use them for scares.

As a horror film, Scream is rendered ineffectual. However, as a frivolous and cheeky film, it’s nonetheless entertaining and will appeal to its jaded fans, as well as those who have not seen one since Scream 2.

Keeping Track of Your Company – Managing Your Employees

Bradley Cooper Spotted With Irina Shayk: Former Couple Out On A Stroll Hand-In-Hand