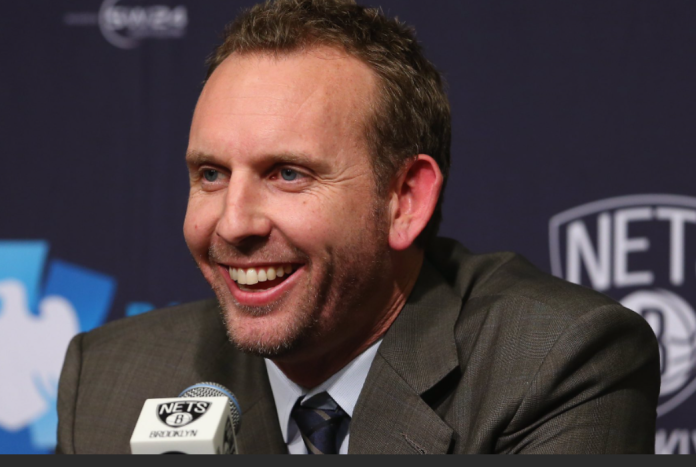 With Kyrie Irving entering a player option year but angling for a long-term deal with the Brooklyn Nets, general manager Sean Marks and owner Joe Tsai have a very difficult decision ahead of them.

Irving, who has expressed that he intends to return to the Nets, is set to make $36.9 million if he opts into the final year of his contract. He’s also publicly talked about his goal of four years of team “dominance” in Brooklyn, which could presumably only happen if the Nets offer him a long-term deal.

For obvious reasons, it would be risky for the Nets to extend their commitment to Irving. While it’s not expected that Irving will have any vaccine-related absences in the coming season, the reality is that he’s still an injury-prone and temperamental player who has averaged 34.3 games per season for the Nets.

Irving’s close relationship with Kevin Durant makes things even more complicated for the Nets, but Sean Marks took a stand for the organization in his post-season press conference, vowing that the team will build around players who “be a part of something bigger than themselves.”

Sean Marks said this week that the Nets have not talked to Irving about a possible extension, but that a meeting will occur and the two sides will “see if it’s the right fit.”

Sean Marks Opens Up About The Talks

“I look forward to [it]. We have not had a conversation yet. So I look forward to getting in a room with him and Joe and his team, and we will. We’ll see what it looks like for Kyrie moving forward here, what he needs from us, and so forth.

So, again, it wouldn’t be right for me to comment on what hypothetical could happen, because we don’t know. We haven’t had those conversations with Kyrie yet. But when they do, we’ll see if it’s the right fit for both sides.”