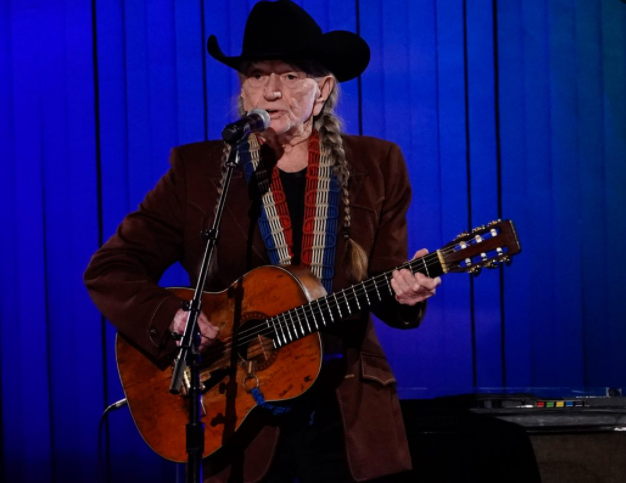 Willie Nelson has announced his latest album featuring members of his family. The new studio album is titled The Willie Nelson Family and was out on November 19. The family affair brings in his children, his sister, and long-time collaborator, Mickey Raphael on the harmonica.

The album is Willie Nelson’s 3rd release after July 2020. It relies on classical gospel music and includes Willie Nelson’s spirituality. It has Kneel at the Feet of Jesus, Heaven & Hell, and Too Sick To Pray. It also has elements of 20th-century addition with George Harrison, and Kris Kristofferson, and Hank William.

Willie Nelson Promoted His Family Album On His Official Instagram

The collection has 12 tracks and has shades of a 1957 composition called Family Bible that tells the touching story of Willie’s grandma reading the Bible. It was also one of the first songs that he sold. This track had given him the money to go to Nashville. Some would call it divine intervention.

This fresh version doesn’t have the polish of the 1971 original with its gloss and pedal-steel guitar. Instead, it is a warm offering. Willie Nelson’s voice trembles sweetly along with the voice of his kids. Daughters Paula and Amy contribute backing vocals on the songs, adding to the gospel-choir feeling.

He recalls his youth in the 1930s with a noticeable warmth and fondness tangible. It is celebrating the family coming together than its religious link. Son Lucas leads in a couple of songs while Willie and son come together for 3 songs.

The arrangements have been kept simple and center around Bobbie’s piano while Raphael paints the background with his harmonica accents.

Most songs are short, with all but 2 locking at under 3 minutes. It all adds up to 30 minutes for the 12 songs.